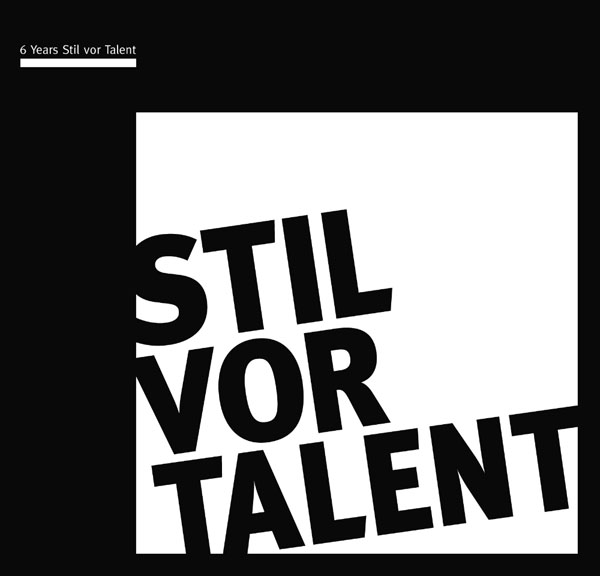 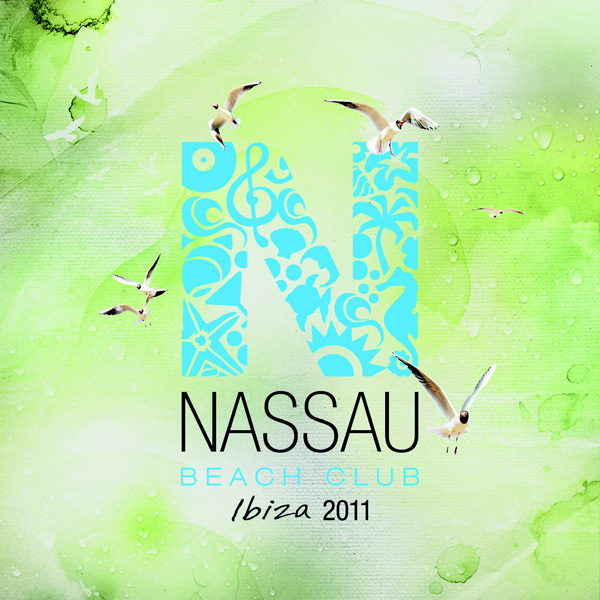 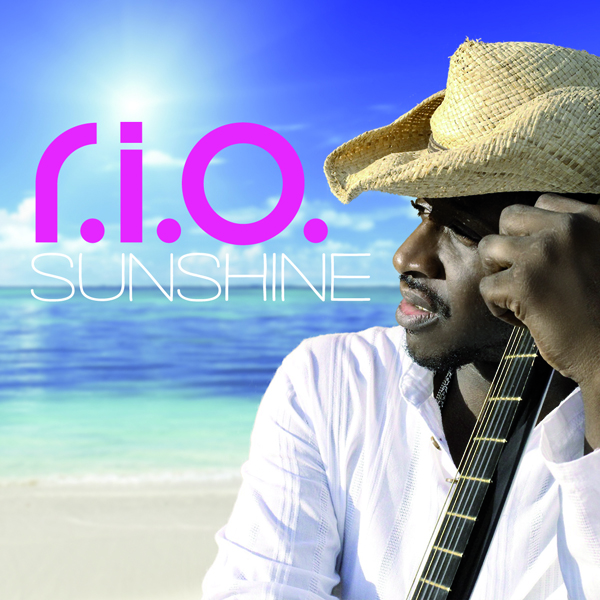 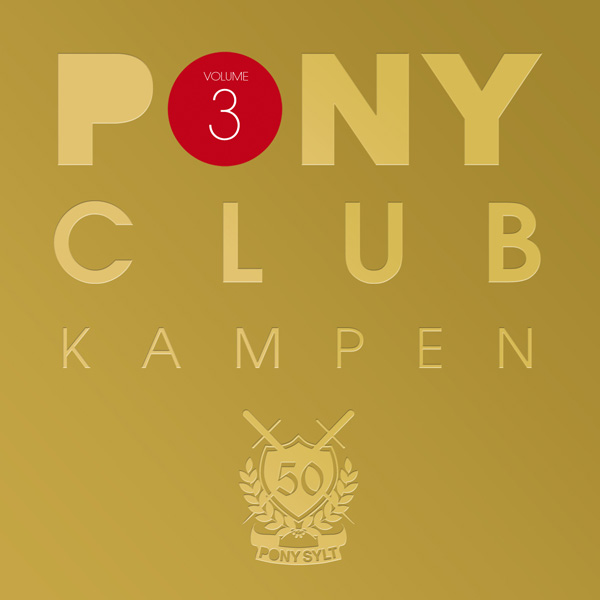 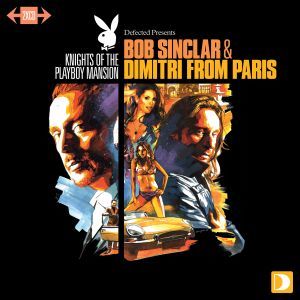 V.A. mixed by Bob Sinclar & Dimitri From Paris „Knights Of The Playboy Mansion“

Dimitri from Paris and Bob Sinclar perform at Hugh Heffner’s Playboy Mansion and bring us a disco infused album of their adventure.

„Take two relatively harmless compounds, say nitro and glycerine. Mix them together and you have a very potent combination.“

“Handle it carelessly and it can blow your head off.”

Judge Fulton and his assistant are talking about Roger Moore and Tony Curtis, the Oxford-educated Lord and the brash New York oil millionaire brought together to solve crimes and look at girls’ behinds in the opening episode of the Persuaders. Now meet their modern day French counterparts: Dimitri from Paris and Bob Sinclar. Les Persuadeurs, if you will.

As Lord Brett Sinclair and Danny Wilde, Moore and Curtis were blackmailed into helping the Judge as an alternative to a jail sentence for fighting each other in a French Riviera hotel. Dimitri and Bob, who’ve managed to disagree plenty of times over the years without resorting to fisticuffs, united on record with slightly more honourable intentions: the DJs wanted the chance to perform at Hugh Hefner’s Playboy Mansion one last time, and will do so on 26 February.

They’re heading to Hef’s love nest at 10236 Charing Cross Road, Los Angeles, to launch Knights of the Playboy Mansion, a two-sided, Playboy-themed mix album that marks Bob’s second trip into the world of bunnies and smoking jackets, and Dimitri’s fourth. It’s a heady blend of disco favourites old and new that form the ideal soundtrack for a dip in an underground swimming grotto with at least eight women.

“When I think about Playboy, the sound has to be disco,” says Bob, who should know, as the owner of such a vast collection of classic back issues that his mattress must touch the ceiling. “For me the concept of Playboy worked best at the end of the Seventies, before Photoshop and silicone made the girls look more like cyborgs.” Accordingly, he’s filled his mix with shiny tracks by the likes of Candi Staton, Grace Jones and Boney M, while Dimitri goes for more recent acts including Sebastién Tellier, Jimi Tenor and Tensnake. “It’s disco-flavoured but a more modern take on it,” he says. “You can call it nu-disco for lack of a better word. The lifespan of a mix CD can be incredibly short, so I’m looking for timeless music that will still stand up in a decade or more.”

Like Bob’s Playboy collection, Dimitri Yerasimos and Christophe Le Friant go way back. With almost 60 years of DJing between them, the pair first met in the record shops of Paris. Bob released Dimitri’s first album, Sacrebleu, on his shoestring Yellow Productions label in 1996. “I was already working with major labels a lot as I was getting a lot of remix jobs, but I really wanted to work with this young entrepreneur with all this energy and records stacked up in his bedroom,” says Dimitri.

Since then, the songs of Sacrebleu have become a catwalk show staple and Dimitri has developed a specialism in remixing classic dance tracks, including songs by the Chic Organization and Philly Sound artists such as Harold Melvin & the Blue Notes and Teddy Pendergrass. Since Chris became his “James Bond a la Francaise” alter ego Bob Sinclar, he’s produced international dance hits including Love Generation, Rock This Party (Everybody Dance Now) and Sound of Freedom. He’s just received an unlikely Grammy nomination for Best Reggae Album for Made in Jamaica – reggae reworkings of his hits recorded with Sly and Robbie.

Working together on a record again for the first time in 15 years, the Persuaders parallels are clear, although Dimitri didn’t study at Oxford and Bob, sadly, is no oil tycoon. “He’s more like Roger Moore the dandy, I’m like Curtis the bad boy,” says Bob.

“I’m not posh, I didn’t grow up privileged, but I’ve developed quite sophisticated tastes and can come across as this snobby guy,” says Dimitri from behind his carefully cultivated beard. “Chris is more flashy, bling and brash, goes around bare-chested with tonnes of girls at his feet.”

Both have managed to maintain a playboy image despite being married – Bob with his Ferrari, Dimitri with his bespoke suits. They’ll fit right in at the Playboy Mansion, especially with their extensive expertise in getting parties started. “The Playboy Mansion is the ultimate hedonistic spot,” says Dimitri, although the last time he visited he was ogling the light switches more than the women.

“I’m a details kind of guy, so I loved the retro-futuristic design, the dimmers, the telephone built into a rock wall and so on. It had that James Bond, Austin Powers kind of vibe.” He got on well with Hefner too. “Usually those big tycoons are really loud and brash but he was quiet, very smooth, elegant, soft spoken. I like old school behaviour and old school things so he was perfect.”

Now comes Knights of the Playboy Mansion, so called because, as recipients of France’s Ordre des Arts et des Lettres, the pair are undoubtedly modern day equivalents of Lancelot and Galahad, or at least Moore and Curtis, squabbling amiably as they search for the next thrill. “We’re the two very different guys who still solve the case but will surely fight over who gets the reward for it“” says Dimitri. They may argue on the way, but you can’t argue with tunes like this. 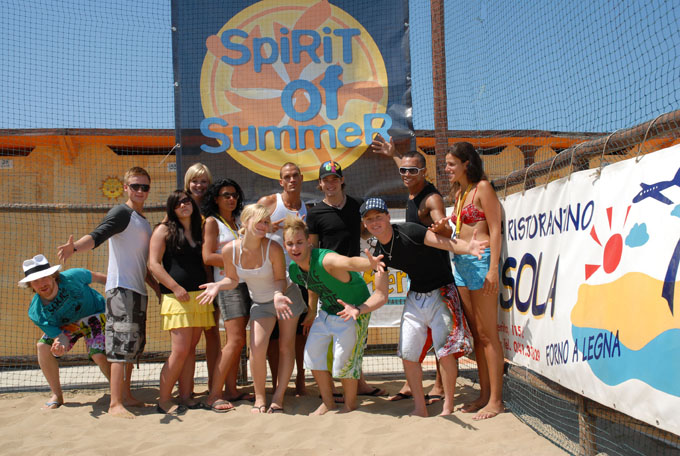 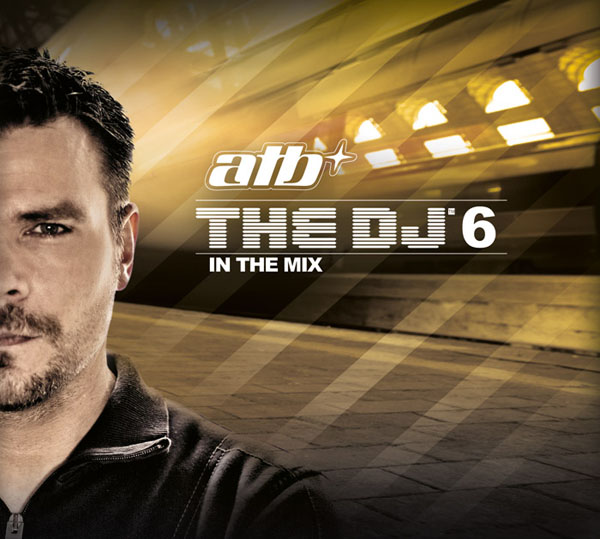